Why Mosquitoes Are A Serious Threat 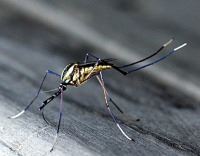 Mosquitoes can cause sickness and death through the diseases they can carry. We will discuss in detail mosquito borne diseases and which ones threaten us here in Louisiana both currently and potentially. Apart from disease mosquitoes also cause nuisance problems for rural home owners and ruin recreational activities such as hunting and outdoor sports. In extreme situations high levels of nuisance mosquitoes can pose a threat to livestock and wild animals as well.

The economic impact of the problems that mosquitoes cause is staggering for such a tiny little insect. We will discuss this impact worldwide, nationally, and locally as well in this section on mosquitos and the serious problems they cause. For even more information on mosquito borne diseases please view the American Mosquito Control Association website. 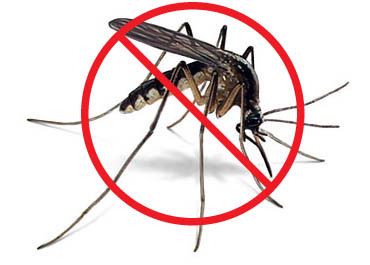 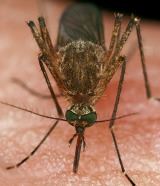 Eastern Equine Encephalitis much like West Nile Virus and St. Louis Encephalitis is a viral infection maintained in the wild by a bird to mosquito to bird cycle. Horses are involved with man as dead end host meaning they cannot transmit the disease between themselves. Of the many mosquito borne diseases EEE is the deadliest mosquito borne disease to occur in the United States with a 30% fatality rate for those infected.

Half of those who survive the infection are stricken with various degrees of mental disability and paralysis. People younger than 15 and those older than 50 are the most prone to infection although EEE can affect persons of any age.

A major outbreak of EEE struck Louisiana in 1947 when the virus caused disease in over 15,000 horses and 15 human cases resulting in 7 people dead. Since that outbreak understanding of the transmission cycle in the wild and the creation of a vaccine for horses has resulted in much less infections for horses and humans. Although incidents of disease in humans has been low in recent times EEE still remains a deadly mosquito borne disease for both horses and man.

The most severe St. Louis Encephalitis epidemic in recent times was the one that rolled through the Mississippi River Valley in 1975. A total of 1,941 human cases were recorded 95 of which resulted in death. The most severe outbreak of SLE in Louisiana to date occurred in 2001. The outbreak which consisted of 70 cases happened in Ouachita parish and was centered in the city of Monroe. West Baton Rouge Parish recorded SLE positive mosquito pools both in 2006 and 2007 but no human cases.

West Nile Virus first arrived in the United States in 1999 in the New York area, since then it has spread rapidly covering virtually every part of the country. WNV most often starts out as a bird disease, it is then maintained and passed around from bird to bird in the wild by mosquitoes. Humans are infected when a mosquito that has fed on an infected bird then turns around and feeds on a human. WNV is not transmitted from human to human but rather from bird to mosquito to man, with man being an accidental or dead-end host.

People over the age of 75 are at the greatest risk for succumbing to the severe form of the disease known as neuroinvasive WNV.

Most healthy persons who contract the disease will experience the less severe form of the disease known as West Nile Fever and make a full recovery. In 2002 there were 204 human cases in Louisiana 25 of which resulted in death. According to the center for Disease Control since 2001 Louisiana has recorded 654 cases of neuroinvasive WNV and 367 cases of West Nile Fever which has resulted in the deaths of 63 people. Since 2001 West Baton Rouge Parish had recorded 8 human cases and EBR has recorded 143

Since surveillance began in earnest in 2004 West Baton Rouge Mosquito Control has submitted 17,797 mosquito samples to Louisiana State University for testing. 1,609 have tested positive for WNV and several have tested positive for St.Louis Encephalitis as well. West Nile Virus looks like it is here to stay in Louisiana and is now officially considered endemic (native) to this state.